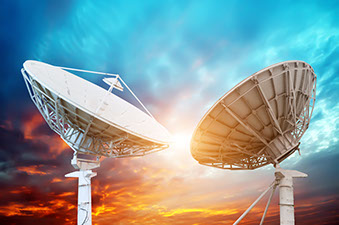 The Adelphia Recovery Trust (the “ART”) is a litigation trust that was formed in connection with Adelphia’s emergence from bankruptcy in February 2007. The purpose of the ART was to prosecute the various causes of action transferred to the ART pursuant to Adelphia’s Plan of Reorganization and distribute the net proceeds recovered to the beneficiaries.  Pursuant to the Plan, Adelphia transferred $25 million of cash to the ART in connection with its formation in order to fund the initial expenses of operation.

Quest Turnaround Advisors, LLC was appointed as the Trust Administrator and worked closely with 5 ART Trustees to achieve the objectives of the ART.

The litigation that was prosecuted included:

Buchanan Ingersoll – served as Adelphia’s primary legal counsel prior to Adelphia’s filing.  The ART settled this case for $20 million.  An additional $14 million was obtained in an Alternate Dispute Resolution Proceeding where the ART participated with other parties against Buchanan Ingersoll;

Bank Litigation – complaint filed sought (a) recovery as fraudulent transfers of principal and interest paid by Adelphia to defendants, (b) avoidance as fraudulent obligations of Adelphia’s obligations, if any, to repay defendants, (c) recovery of damages for fraud and breaches of fiduciary duty to Adelphia and for aiding and abetting fraud and breaches of fiduciary by members of the Rigas family relating to Adelphia’s credit facilities, (d) equitable disallowance, subordination or recharacterization of each of the defendants claims in Adelphia’s bankruptcy cases, (e) avoidance and recovery of preferential transfers made to certain defendants shortly prior to Adelphia’s bankruptcy filing, and (f) recovery of damages for violations of the Bank Holding Company Act.  In November 2010, the District Court approved a settlement pursuant to which the ART’s claims against the Agent Bank were released in exchange for a payment of $175 million.

Motorola Litigation – complaint was filed against Motorola and certain of its subsidiaries as well as transferees of claims filed by Motorola in the Adelphia Bankruptcy cases.  The complaint sought recovery for (a) Motorola’s aiding and abetting breaches of fiduciary by members of the Rigas family in manipulating Adelphia’s financial statements and performance results for 2000 and 2001; (b) avoidance and recovery of preferential and fraudulent transfers made to Motorola of more than $60 million; (c) avoidance of purported (but unperfected) liens asserted by Motorola; and (d) equitable disallowance or subordination of Motorola’s claims in the Adelphia bankruptcy cases (with a face amount of $ 66.6 million).  Following trial but before the Bankruptcy Court issued its decision, a settlement was reached among the ART, Adelphia and Motorola.  Pursuant to the Settlement, Motorola made a payment of $40 million to the ART.

Deloitte & Touche Litigation – in 2002, Adelphia filed a lawsuit against Deloitte & Touche, Adelphia’s former independent auditor, for accounting malpractice in Pennsylvania state court.  Adelphia alleged that Deloitte (i) failed to conduct an audit in accordance with generally accepted accounting principales when Deloitte allegedly knew or should have known that those financial statements did not conform.  In August 2007, the ART reached a settlement with Deloitte in exchange for a payment of $167.5 million.

In connection with its role as Trust Administrator, Quest also provided and oversaw all of the back office functions required to manage the Trust including, accounting, accounts payable, treasury, tax compliance, distribution management and investor communications.

Since inception the ART has distributed approximately $300 million to its beneficiaries.