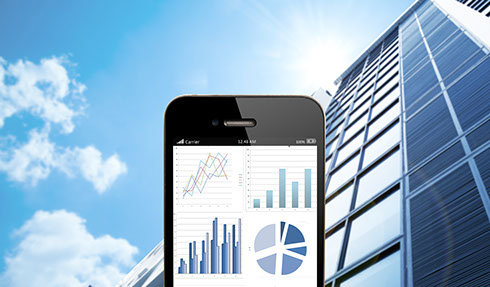 FINOVA Capital Corporation ranked among the largest commercial finance companies in the United States, catering to middle market businesses with financing needs between $100,000 and $35 million. As of December 2000, FINOVA had assets totaling $12.5 billion and unsecured debt of $11.1 billion. The assets were comprised of funds employed through approximately 12,000 loans to 4,000 individual credits and a diverse portfolio of equity investments in a variety of niche businesses. The unsecured debt of $11.1 billion was comprised of $4.7 billion held by banks and $6.4 billion of public bonds. Due to a credit downgrade by the major rating agencies, FINOVA lost access to the commercial paper market, drew down, and exhausted its $4.7 billion of bank lines. It was unable to meet its scheduled debt maturities as they came due. While FINOVA had extensive experience working out problems within its portfolio, it had never renegotiated $11.1 billion of debt. They retained Jay Alix & Associates, who retained Jeffrey Brodsky as a member of the team, to develop, implement and manage a restructuring of the company's obligations.

Simultaneously, the Board entered into a Letter of Intent with Leucadia National Corporation in which Leucadia would provide $200 million of new convertible preferred stock and a $150 million backstop for a rights offering to existing shareholders. Brodsky actively worked with Leucadia to complete due diligence and to develop a plan for restructuring FINOVA's obligations. But it came to light that FINOVA's creditors were not interested in pursuing the Leucadia Plan, and so the agreement was mutually terminated.

Instead, FINOVA pursued the development of a stand-alone plan. Mr. Brodsky was involved in all aspects of developing the plan, which included placing $500 million of Debtor-In-Possession financing. During that process, the Company received an unsolicited offer it concluded was even better for stakeholders than their stand-alone plan. It involved a transaction with Berkshire Hathaway Inc., and Leucadia National Corp. A newly formed entity, Berkadia LLC provided an $8 billion payment to the creditors from a new senior loan with the balance of the bank and bondholder debt paid through a secured cash flow note of $3.1 billion that would amortize following the repayment of the senior loan. Berkadia would be issued new shares for 51% of the Company and old equity would retain 49% ownership.

FINOVA also entered into a 10-year management agreement with Leucadia. This proposal contemplated implementing this plan through a Chapter 11 reorganization. Mr. Brodsky had lead business responsibility for preparing the Company to file for Chapter 11. FINOVA filed for protection under Chapter 11 on March 8, 2001. The filing is among one of the largest in U.S. history. Following the filing and after assisting in the transfer of management responsibility to Leucadia, the objectives of the project had been achieved.